It is the growing conviction within me that the vitality of Christianity today consists and is dependent upon an intimate and personal relationship with our Lord and Savior Jesus Christ.  Much more than what may have been ordinarily understood or assumed, but the culture of our day, where major denominations are loving the world and not loving the Word, are neglecting the great Reveler and Mediator of God—the fully divine and fully man Christ Jesus.  He is the “way the truth and the life,” and no one comes to the Father but by and through Him.  To be a believer of Jesus Christ, to come to Him by faith, is not enough that we simply know a system of rules or laws, doctrines or deductions of moral consequence from a great teacher.  Christianity, true vital Christianity, is solely dependent upon the Gospel of grace revealed through the Scriptures and wrought through Christ alone.

But it is important to understand that to be a Christian is not about a trivial pursuit of moralism or a better philosophy.  It is necessary, fundamentally, that we know Christ’s person, His character, His work and as John Brown states, “that we know the doctrines of Christianity as his mind, the laws of Christianity his will.  The very life of Christianity consists in loving, confiding in, obeying him, and God in him; and he plainly can be loved, confided in, and obeyed, only in the degree in which he is known.”  In other words, speculation about Christ, hearing Christ through a third party, or vicariously living through those in a vital relationship with Christ is not enough.  We must truly know our King, and through that knowledge are transformed by His power through His truth.  The entire premise of this book, that we can understand the hope we have, that is ours and much of it already available, is based upon solely the person of Jesus Christ revealed intimately to us through the word of God.  It is my prayer and “hope” that you are encouraged as you read this and interact with this small booklet.

The love of Christ never fails us and never ceases to amaze me.  I have lived over thirty-three years (please see my book entitled, “Daydreams”) now and have experienced some very trying times with three liver transplants, colon diseases, and the loss of my third child, yet Christ revealed through Scripture is beyond Good, the Good, and I will forever praise Him.  Though I will not extensively write on the subject of Hope, nor of pain amidst life, I still feel absolutely convicted to write on this very important conceptual truth.  I do this for at least two reasons:  First, I do this for the glory of God.  It should go without saying, but it is vitally important to me that the great scope and aim of our lives is simply this.  Second, I write this for those who may have lost sight of their anchor, who feel at times in life that they are beyond a ship being tossed in the sea, but cast against the rocks and unable to move because of the trials of life.  The cross of Christ should be taken up daily, and so should the grace of hope; for what is life without hope?

Hebrews 6.13-20, “For when God made a promise to Abraham, since he had no one greater by whom to swear, he swore by himself, saying “Surely I will bless you and multiply you.”  And thus Abraham, having patiently waited, obtained the promise.  For people swear by something greater than themselves, and in all their disputes an oath is final for confirmation.  So when God desired to show more convincingly to the heirs of the promise the unchangeable character of his purpose, he guaranteed it with an oath, so that by two unchangeable things, in which it is impossible for God to lie, we who have fled for refuge might have strong encouragement to hold fast to the hope set before us.  We have this as a sure and steadfast anchor of the soul, a hope that enters into the inner place behind the curtain, where Jesus has gone as a forerunner on our behalf, having become a high priest forever after the order of Melchizedek.”

A cursory glance at CNN or any news source will show us many things.  I took the liberty in doing this, and saw several things that made my skin crawl.  From a capsized boat where over fifteen had died on a cruise, to cheating doctors who short cut surgeries to get out on the golf course, to all the issues involving politics right now.  But even as I look at these things, I realize that many in the Church simply do not care.  For example, when the golden globes happened in Hollywood, did anyone really care?  There was an article in Relevant Magazine that asked the question, “Does anyone care about the golden globes?”  I would be willing to wager that most of us do not care.

Do we really care about what’s happening in other’s lives right now?  You see, we can culturally go to two extremes; we can become obsessive towards others’ lives, or we can simply not care and be focused on our own lives obsessively.  I see these two extremes in the culture we live in.  I would almost argue that the lives of make believe people, like being obsessed with McKinley High on the show Glee, and what happens in their lives and how they are going to try and recreate Grease has more value in our lives than the actual actors and actresses.  We are almost retreating from our lives due to trials and hurt and the issues we face daily in some regards, when we should be advancing in Christ every single day and making disciples as the vision of our lives.

There are so many cultural issues that are involving the church as well.  For example, did you know the number one reason or issue with College students today?  What do you think that is?  Seriously, what is the biggest issue?  A very famous journal says that coddled students are the issue.  It would stand to reason then, that students are not independent, but dependent on others for everything.  Though this is a small slice of the Church in it’s entirety it gives us insight into some of the realities we face.

There are many issues on why this is the case, but one article says this:  People – and thus the media – like simple problems and answers everyone can jump on board with. And both the media and their audiences are highly susceptible to fear-mongering. Thus, the introduction to the “Room for Debate” topic described the recent suicide of an 18-year-old Rutgers freshman. This event had a thousand – a million – times the impact of all the nuanced analyses of the six “Times” experts, except it pointed parents in exactly the opposite direction, towards being more protective of their children. Yet, according to the experts, coddling contributes to such horrific outcomes. As Bips puts it, “Many of today’s students lack resilience and at the first sign of difficulty are unable to summon strategies to cope.”  From High School students discouraged with their parent’s lack of integrity, to the thirty-somethings retreating to video games or clubs while still living at home.

So how does all of this fit into what we are studying?  There are dangers that we face every single day.  What are some of those dangers if they are not riddled in compromise or even the simple act of focusing on these sins as if they had some power over God’s children (but more on that later).  These dangers abound in our lives, whether at home, or in the work place, or at school; what do we have to hold on to?  What makes us different as believers in Jesus Christ? 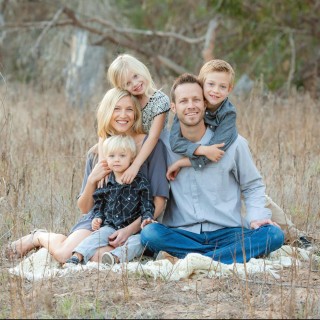